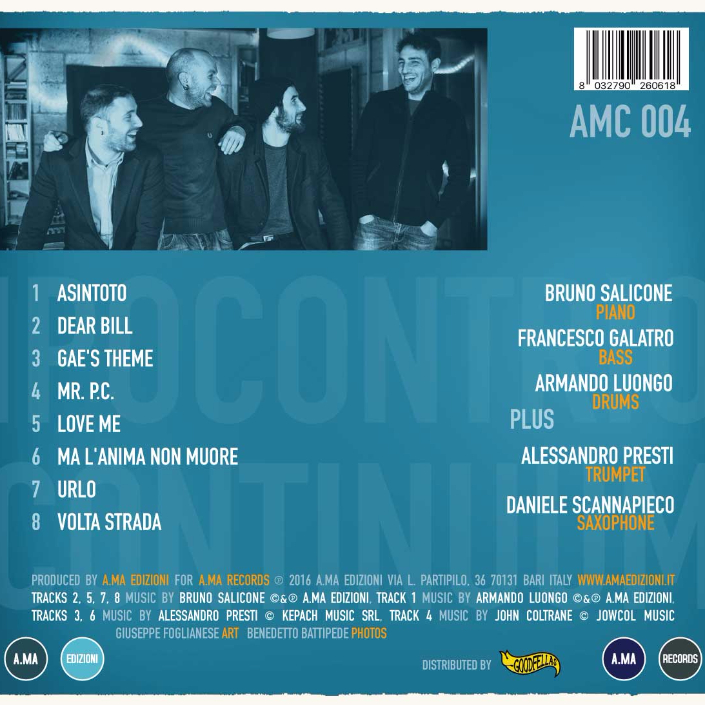 The Ipocontrio project dates back to 2009, when 3 musicians of the Salerno area (South Italy), Bruno Salicone (Piano), Francesco Galatro (Double bass), Armando Luongo (drums) met and decided to put togehter a trio to play their own music.

The main feature of their music is the love for jazz and improvisation. Their music merges in a very personal sound that moves in a continuuos interplay between the soulful melodic lines drawn by the pianist Bruno Salicone and the swinging rhythm section.

This international experience becomes a source of inspiration that leads them to experiment new musical compositions and write more music.

This Album shows that these musicians know well the Afro-American lexicon, they know how to swing and their music is fresh and charming, always  performed with a fine tecqnique.

The recording is enhanced  the presence of Alessandro Presti on trumpet on all tracks and Daniele Scannapieco on saxophone on two tracks, these two superb and  well-known italian musicians  complete the trio sound in a blend of compelling soulful swinging jazz.