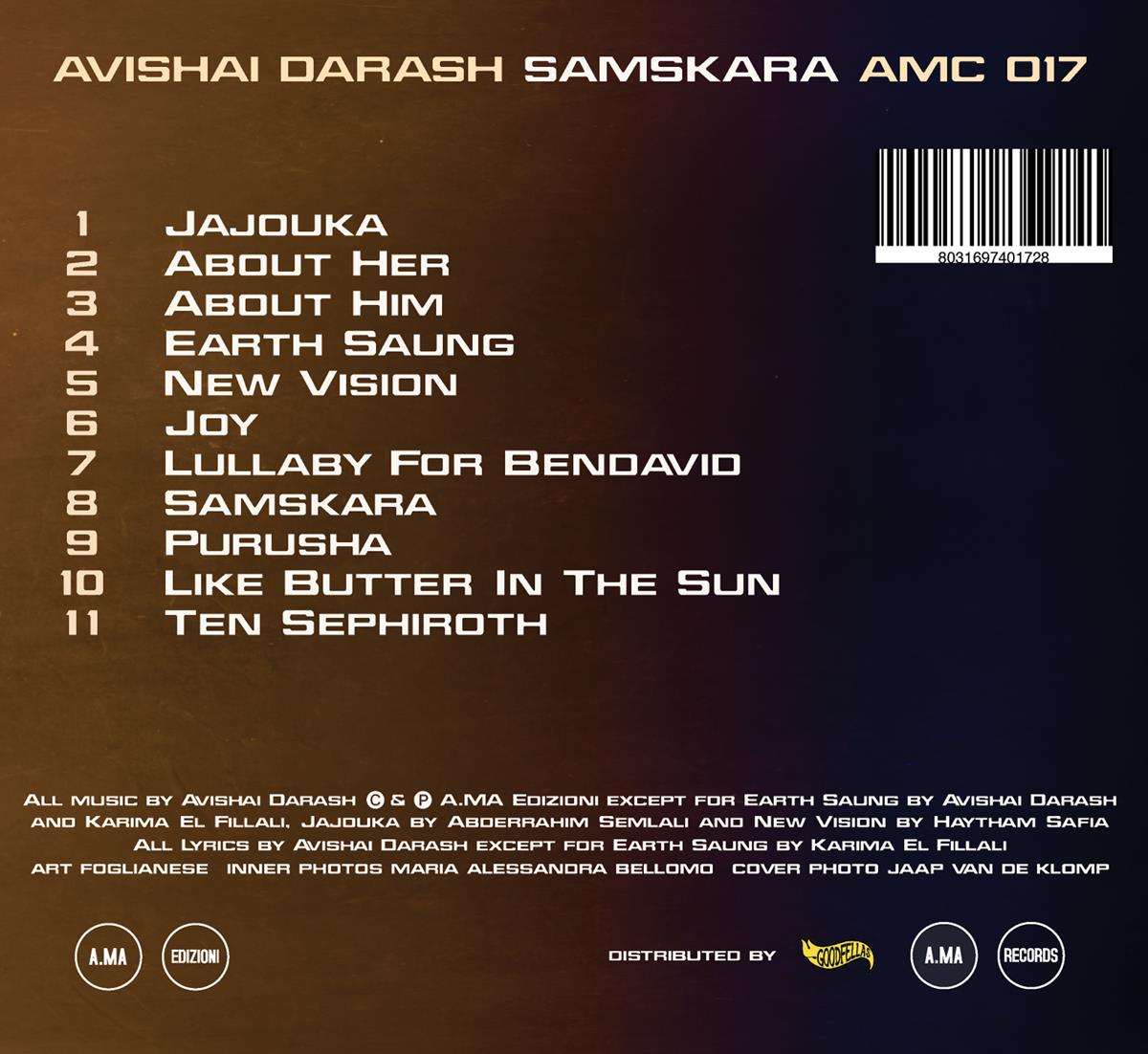 In a daring and exciting mix of Jazz, soul and arabic sounds, Pianist, arranger and composer Avishai Darash has created SAMSKARA. The project expresses the bridges and influences of the composer by combining his heritage of middle eastern music together with his modern language of Jazz and soul. Karima El Fillali, a known voice in the fringe arabic world, paints his songs with magistral presence and command. Abderahim semlali, a master of Maqam music and classical arabic music, brings fourth the mystical and powerful approach of the spiritual tarab/sufism. Joan Terol Amigo and Daniele Cappucci elevate the powerful rhythms of the composer with their classical and jazz language. SAMSKARA envelopes masterful work in both the jazz, soul and modern arabic music.