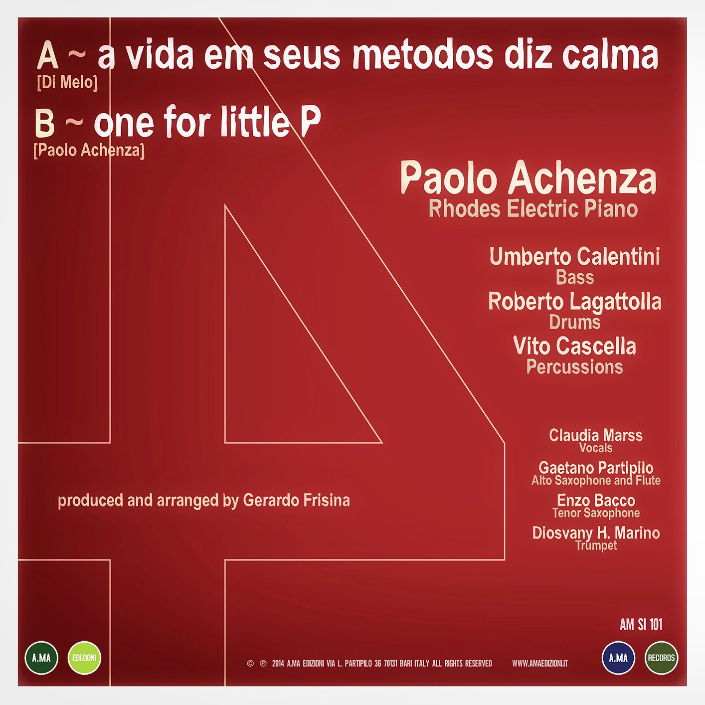 Paolo Achenza is back! His last recording goes back to 1996. A long period away from the musical scene, but notaway from the music that continues to be the lifeblood of Paolo’s spirit; and today, with the same hallmarks of spontaneity and freshness shown before, he offers a more conscious and mature sound in the new single issued by Italian label A.MA Records.

Paolo’s new band has Umberto Calentini on bass, Roberto Lagattolla on drums and Vito Cascella on percussion, plus important guests such as Gaetano Partipilo on saxophone and flute, Claudia Marrs on vocals, Diosvany Hernandsz Marino on trumpet and Enzo Bacco on tenor saxophone.

The single presents a cover of the exciting song of the Brazilian singer Di Melo “A Vida Em Seus Medotos Diz Calma” revisited in a modern vein plus an original entitled “One for little P”. The result is a perfect blend of funk and soul jazz that has been Paolo’s distinct trademark since the beginning of his career.All of this under the careful and elegant direction of DJ/producer Gerardo Frisina who produced andarranged the single.

An explosive comeback to herald the new album being released in 2015. Paolo Achenza 4 IS BACK!!!